Menu
First Year Voices is dedicated to publishing exemplary student essays written during the First-Year Composition Program at The University of Akron. We strive to include a broad variety of works that showcase the range of topics and genre students are exposed to in these courses.
Browse: Home   /   2014   /   July   /   30   /   Devil Dogs: America’s Angels 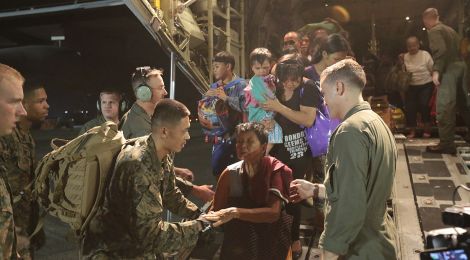 When our time on Earth has passed how do you want people to remember you? Do you want them to remember you as a great person to be involved with or someone who they could not rely on? I want people to think about how much integrity I had and how I impacted their lives. I do not think that anyone is perfect, and we all have our flaws; but there are great people out there who have an incredible about of integrity. Integrity to me is being dependable, honest, respectful, and overall a good person. Personally, I think that I have a good amount of integrity, but I could improve on some things. I show up for work on time, do not steal or cheat, and have a great deal of respect. Doing the right thing when no one is looking, that is having integrity. Some of the things that I could improve on are sitting down at work and having road rage, but those are fixable.

Are we as humans born with integrity or do we learn it from our environment? Nature vs. Nurture is the scientific term for that and it has been a controversy for years. The concept does not just apply to integrity but our personality as a whole and why we are the way we are. I think that Nurture has a big impact on who you are, but I know some people who had a bad childhood and still turned out to be great people. For me, it is Nurture. My dad was in the Marine Corps for four years and has taught me many of the values that the Marines instilled in him. That is why I am the person I am today. The values I believe in and my integrity are based on his teachings and my striving to be like him. That is where the Marine Corps has played a role in my life and thousands of others.

The first thing I think of when I see a United States Marine is honor, commitment, and an immense deal of respect (U.S Marine Corps). I have been around Marines since I was born. The values that the Marines instill in new recruits is what runs through my veins. My father served in the Marine Corps, and his best friend Hairball also served with him, and I have had the pleasure of interacting with him. Personally, a great friend of mine is currently serving and a new friend of mine, Carter also served. I mention all of these Marines because they have the most integrity of everyone I know. I am not saying that Marines are the only people with integrity, but for me, they do have the most of it. The level at which they uphold themselves is higher than any other profession, and I am grateful for every one of them.

Would you risk your life for the person next to you? Could that person rely on you to get the mission at hand accomplished and know that you have their back? Ask any marine if they trust their brother next to them and simultaneously you will receive a “yes, sir” or “yes, ma’am.”  The United States Marine Corps instills these values in their recruits because without integrity, they could not accomplish what they do. During boot camp, new recruits perform tasks that take teamwork, dedication, and trust. The Marine Corps wants their warriors to focus on the mission and not to be concerned if the person to their left or right can be trusted to do their part.

As a marine recruit, the first thing your drill instructors teach you is respect. “Yes, sir” and “no, ma’am” are the words that finish every sentence. Respect and discipline along with integrity are core values that the Marine Corps teaches to new recruits. Lieutenant General Charles Krulak from the United States Marine Corps had this to say about integrity, “People is what the services are about, if that’s not what you’re here for, than get out.” Lt. Gen Krulak was referring to respecting the people you work with because they are people and that is what the Marine Corps is about. Not only can this be applied to marines, but everyone. “Treat people as people. Do what your profession is for people not for things” (Krulak).

Everyone here enjoys their freedoms because of heroes like the marines. They leave behind parents, wives, husbands, and children to go protect the freedoms we enjoy so much. Even though they make such sacrifices and are already doing so much to help us, they still uphold themselves with integrity and honor. When their commanders leave or they are asked to perform a task without supervision, they do so without a hesitation. That is why they are always the first ones asked to fight and the last ones to come home. This level of integrity is not just found at the top of command, but it is rather found from the Commandant of the Marine Corps to a private.

If you were competing in a 5k with some friends and a young boy asked you to run with him, would you? Or would you pretend to not hear him and finish ahead of your friends? Everybody would say they would stop, but the ones who would actually stop are those who show integrity. From what we know about Marines and integrity, it should come to no surprise that a marine did stop to run with a boy. Lance Corporal Myles Kerr was running a 5k in Michigan when a young boy asked him “Sir will you please run with me?” (Newcomb). The marine slowed down and offered words of motivation to the boy so that he did not have to finish alone. This story is a great example of how marines have integrity and always put people ahead of themselves. Lance Corporal Myles Kerr at the end of the article has a very humble response to being called a hero, “As a Marine, we try to reach out and help as much as we can,” he said. “I don’t think I’m a hero. I was just trying to help.” If that is not integrity, I do not want to know what is.

I look up to marines. We all should. They are the angels doing the devil’s work and ask for nothing in return. They are the ones who are protecting our freedom while we look away. Their work is behind the scenes and they ask for nothing in return. That is what integrity is about. Each and every marine is my hero and I wish more people would acknowledge the heroes they are. I am proud to be an American and to have such a force protecting us. The next time you see a marine, watch how he carries himself, and shout him a thanks. After all he is the reason that you are walking down the street because you chose to instead of being told to. Thank you, Marine Corps, for providing America with Devil Dogs that are mean enough to go to battle yet gentle enough to have integrity.