Menu
First Year Voices is dedicated to publishing exemplary student essays written during the First-Year Composition Program at The University of Akron. We strive to include a broad variety of works that showcase the range of topics and genre students are exposed to in these courses.
Browse: Home   /   2014   /   July   /   30   /   More than Hobbies 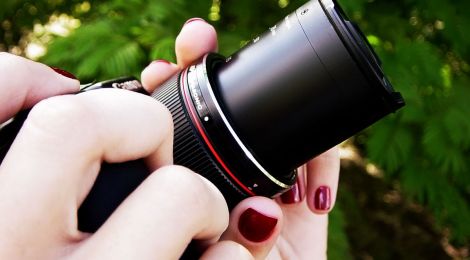 The Merriam-Webster Dictionary defines photography as “the art or process of producing images by the action of radiant energy and especially light on a sensitive surface (as film or an optical sensor).” I, on the other hand, define it as a hobby, an outlet, a way to get to know people, a way to educate myself, a medium of art, and even a slight source of income. I have been taking pictures for a few years now and it became serious when I spent all my money on a Nikon D3100, which is a great starting Digital SLR, and started to make it a daily ritual to go out, or stay in, and take pictures. A digital SLR is like a film camera that can produce the images in a digital format, giving you the creativity and plethora of settings of a film camera, not like the common point-and-shoot cameras. Since then I have met a number of new people, educated myself and even made some extra money. Most people look at photography these days and think anyone can do it with today’s technology; but that is not true. It takes a mixture of skill, luck, timing, ambition and means in order to take the perfect picture for a certain scenario. Ultimately, hobbies do better a person under the majority of circumstances, just as photography has helped me.

I took pictures on my own for a long time before I got the opportunity to ever do anything with it. It started out as just a fun way to release stress and be creative when I was not playing guitar.  But after getting comfortable with my skills I naturally started taking pictures of local bands, considering I have been in and out of bands since I was fifteen. After taking pictures upon my request for local bands; others asked me to do them for their bands as well. That then turned into me taking promotional pictures as well as lives shots. Next I would go to touring bands’ shows and sneak on the stage or meet the band beforehand and beg them to let me on the stage to photograph them.  Soon after that my Uncle Bill noticed my pictures and asked me to be one of his photographers for his Christian music festival called Alive. That was huge for me, growing up every year watching the bands perform at the four-day festival and always wanting to do something to put my part in it and then boom, I had the opportunity.  Some of my pictures were used for promotional purposes, like on the official website, that was a very big step for me. Once I had experienced that I tried my best to take up, or make, up every type of project I could. As time went on I took senior pictures for people, traveled to New York and other cities with friends. Shooting nature, cityscapes, light painting, studio shots and anything else imaginable. I am a good example of why hobbies are such a good thing to have, work on and hope to be successful with. You learn so much through hobbies, for instance, my communication, professional and creative skills that can be used in and outside of photography.

Like most hobbies that can turn into a career, photography is very competitive. Having connections with people in marketing, small business, photography, graphic design and just about anything else is a must if you want to be successful in it. Not only that but you have to obtain the necessary skills, ambition and creativity. No photographer will be successful with only one of these traits. Just like in everything else in life you have to put everything into it if you want to get far with it. I am going here, to The University of Akron, in order to further my education in photography and gain more connections. Although I have been discouraged by my peers not to go to school for an art major, I strongly believe that its my best shot at not only being happy in life but also being as successful as I can be. It does help to ingest everyone’s advice as long as you interpret it correctly.  If you want to turn a hobby into a career then you have to work at it even harder than you would for a normal job, considering these fields are generally very competitive. Not only will photography hopefully be a career but also it will better me as a person and help me see things that I have always wanted to see. Photography has already given me so many opportunities to see new places, see old places from a new perspective and to meet others who have similar or contrasting interests as me.  Along with that has come a lot of skill, in and out of photography. I am not the only example of how hobbies, that become more than that, can greatly benefit you. Look at all of the bands out there, not only the ones making a lot of money, but the ones who get to travel the world and play music everyday. I know many people in touring bands that say it’s the best thing for them, not to make money, but to do what they love. Every major and minor league athlete, photographer, artist, stay at home mom, historian or basically anyone that do what they love for a job; are all more prime examples of my point.

Everyone has different hobbies and it all just depends on them, their surroundings and their means to participate in a hobby. Obviously someone who lives in Alaska is not going to golf much, nor is someone in Florida going to be able to snowboard often. People who have less money may not be able to afford to have dirt bikes, and people who have a lot of money generally do not collect dirt. Not to say that it is impossible for that to happen but it generally does not. Stereotypes are something that are to too common in the United States. We have so much freedom to do whatever we want “without being judged” but in all reality we are all judged and we all judge. It is just up to you whether you let that determine what your hobbies are or are not. Although we definitely have the leg-up on all the other countries that are not free like us; it is much better to deal with the bad things of society than the bad things of governments, rulers or tyrannies. Our country gives us the opportunity to explore what hobbies we may enjoy and what exactly we do with them.

Along with examples of hobbies that can better a person, there are also examples of the opposite effect, even though I have found this a lot less common. For instance, if a person gets too involved with their hobby and tends to push everyone away, or put it before their loved ones. Just like workaholics there can be the same effect with those too involved in their hobbies.  As an example, a father loves football and every day after work he turns on ESPN and ignores his family that is an example of more minor but still problematic effect. Or on the other side of the spectrum there are hobbies that can negatively affect a person’s health or lifestyle. Whether or not it is physically harming or just a risk of that it can still cause stress or other things leading to a bad lifestyle. You just have to make sure the hobby does not become an unlikely addiction. Some people may argue that taking on a hobby as a career can ruin the hobby. In my experience it has only made me love it more but a person may only want to play guitar during their down time and not get paid to write and record song after song.  That is when personal preference comes back into play.

Based on my own experiences, hobbies are a good thing to have. They release stress, give you something to look forward to and most of all: give opportunities. Opportunities are close to the best thing you can have in life, they lead to happiness, wealth, friends, education and anything else imaginable. In the past three years I have been shooting photography I have made a lot of friends, got to see things in a new perspective, take photographs for bands that I look up to, made some money as well as having my work actually used for promotional purposes. All of that was because I enjoyed taking pictures; and then I got all of these opportunities. Not only am I an example but if you look at every single artist, musician, or any person who is successful in what they enjoy, those are other prime examples how hobbies benefit you. Take advantage of our freedoms in the United States and take advantage of your opportunities to take your hobby to its full potential.