Menu
First Year Voices is dedicated to publishing exemplary student essays written during the First-Year Composition Program at The University of Akron. We strive to include a broad variety of works that showcase the range of topics and genre students are exposed to in these courses.
Browse: Home   /   2015   /   March   /   13   /   Courage to Stand and Courage to Fall 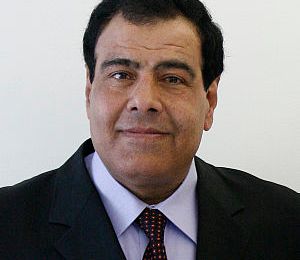 All Americans are familiar with our historic triumph over the German and Japanese forces in World War II. The United States was a courageous member of the newly founded United Nations (Creation of Israel). Therefore, when David Ben-Gurion took it upon himself to relocate the displaced, downtrodden, and dwindling number of Holocaust victims, U.S. President Harry S. Truman gave him the 1948 equivalent of a high-five and allowed the British mandate of Palestine to end in 1948. Any sane soul would have felt the Judaic populations deserved the best after four years in a death camp. Circa 1948, the Palestinians living in modern Israel were fooled into abandoning their homes by the new government. In some cases, soldiers arrived in a village and warned the native Palestinians of an evacuation. The Palestinians fled into the mountains and their belongings were stolen or destroyed by the soldiers. This event came to be known as the Nakba (the “Catastrophe”) and is covered in detail in the book “Blood Brothers” by Elias Chacour. Izzeldin Abuelaish, the star and author of our autobiographical source, was the grandson of one such Palestinian. Moustafa Abueliash was wise enough to leave his home before being maimed or murdered at the hands of the new Israeli state. Had this not been the case, we wouldn’t have a humanitarian voice for the much-bemoaned condition of Gaza and Westbank.

The war chronicle “I Shall Not Hate” by Izzeldin Abuelaish has three themes: childhood, healing, and loss. The textual presentation is structured is such a way that you relate to the challenges of Izzeldin’s childhood while being immersed in an alien world of poverty and stigma. It’s important that his story is relatable, otherwise why should we care? By constructing the familiar scene of too many kids for one tired mom and a dad who works all day to support his family – Izzeldin gains our sympathy. By illustrating how education is not a need but a want in Jabalia camp, we feel blessed that we still have mandatory education. By demonstrating what it’s like to fight over a job building doghouses, Izzeldin makes us thankful for the awful co-op where we only make twice his daily wage in an hour.

Izzeldin was born in 1955. During his ‘childhood’, Americans were starting to see cracks and wrinkles in the land of liberty. Lyndon B. Johnson inherited the Vietnam War and decided to end it with a draft, despite having little public support. Many college students feared how going to war would affect their social and professional life – in some cases fleeing to Canada as a draft dodger. The actual bravery or cowardice of a draft dodger is a hard judgment to make. In 1977, a general pardon was given to those who emigrated to avoid drafting, and the Canadian government did not persecute those who fled the US during the Vietnam War. Therefore, even if these citizens were brave enough to stand up for their anti-war beliefs, they had no legal repercussions to fear anyway – they couldn’t have been killed for it. On the social front, disenfranchised sexual minorities had the courage to begin protesting their oppression by the conservative culture. The most famous of these being the Stonewall riot, where the government ordered a police raid targeted at homosexual patrons in New York. These courageous stands became known as the American ‘Counterculture’ and continue under various titles to this day.

The Gazan ‘Nakba’ may have ended in name, but the government cowardice and civil unrest never stopped. Izzeldin did well enough in school to see beyond the valor of the Israeli army and the justified hatred of the militant Palestinians. He qualified to study reproductive medicine at the University of Cairo. Despite his acceptance to the university, travel through the Israeli-Egypt border featured separate desks for men, women, foreigners, and citizens. Passage from Gaza to Cairo was performed through a series of tunnels. During the hours Izzeldin spent waiting in the border check line, he witnessed his neighbor being deported back to Gaza without cause. Following approval, passengers were separated by some obfuscated system of national and racial origin. At the cutting edge of irreverence, American students making the same ‘big move’ to college face no such discrimination and are considered brave for their independence. Many of them are first generation college students and are venerated for their attempts to educate themselves. (Murray)

Unlike many of us, Izzeldin has the courage to allow himself to be hurt again. The state makes every effort to humiliate Izzeldin, the government recognized Palestinian, the doctor, the extremist threat. There’s a fundamental piece of humanity that makes us grieve when we see suffering and grieve more when those near to us suffer. So, when Izzeldin warns that the Israeli tanks were pointing at his house before the order to fire went out and before the Israeli army accused the whole building of housing Hamas militants – when he presents pictures of his shelled house and describes the gore and blood of his daughters Bessan, Ayer, Mayar and niece Noor -, we hate the Israeli government more than he does. (Abuelaish 177) We know the heroes aren’t the ones hiding behind bureaucracy. We know the courageous aren’t the sovereign citizens. We know the few and the proud aren’t so few and shouldn’t be proud. Taking a page from our own good book: “Blessed are the peacemakers: for they shall be called the children of God.” (Matt. 5:9)

As United States citizens, our history teachers tell us to vote. Yet, they’ve failed to teach us that the government – and the citizens of this country – haven’t listened for decades. Invariably history teachers will also tell us to run for office if we don’t care for the way things are being handled. They fear we’ll be discouraged when we hear that the established parties will tear apart our campaign unless we make compromises to our vision. Think about it. Since World War II, Democrats have had simultaneous majority rule over the House of Representatives, Senate, and White House eleven times and the Republicans two. (Kathy Gill) If either ideology represented the will of the people, how have they failed to appease the public for over fifty years? A similar but much more literal political sabotage permeates Gaza, ‘home of the terrorist threat’. When Izzeldin tried to run for office in Gaza, he did the rounds of funding, he made calls to households district by district, and he hung the posters up until the operation ran into his personal funds. All this . . . so the established Hamas party could literally open fire on the ballot boxes – voiding the election. Despite the fact that we don’t have this whole ‘sabotage’ problem, 44% of our voting population can’t make the trek up to the local school or church every four years or muster the courage to create an independent political party. (United States Census Bureau) Either we don’t care about our future or we are too afraid to make a stand for what we believe in.

← The Misinformation About Diet Soda
Going Away to College, At Home →