Menu
First Year Voices is dedicated to publishing exemplary student essays written during the First-Year Composition Program at The University of Akron. We strive to include a broad variety of works that showcase the range of topics and genre students are exposed to in these courses.
Browse: Home   /   2015   /   March   /   13   /   Falling For a Monster 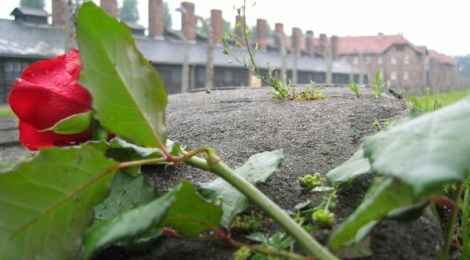 Falling For a Monster

I broke up with Mark a little after four years of us dating, two months before he was going to propose to me.  The day I broke up with Mark was the first day of recovery.  At first, I did not know if losing Mark was going to be a beginning or an ending.  For the first three months, I felt as if the break up was an ending.  No matter what I did to cheer up and be a happy person, nothing was working.  For the first time in my life, I went through a stage of depression.  Though, I fought every single day to gain progress and to be the person I was before I met Mark; the person who was always happy, optimistic, enthusiastic, ambitious, and excited for the world.  After the break up, I was lonely, never truly happy, negative about who I was as a person and almost everything around me, and afraid of the world.  As the months slid by, these feelings would become worse.  Every week, I would have to tell myself that I had to keep doing something because I cannot kill myself.  Soon enough, I felt like all my efforts to keep living were never going to work.  Mark was still bothering me all of the time so eventually, I had to block his number and hope that he did not randomly show up at my house.  The weird part is that I wanted to go back to Mark.  Every bone in my body wanted to go back to him, but every part of my brain told me no.  Though, I kept pushing forward for a new beginning.

Relationships can be complicated and maybe even a little bit crazy.  However, as an eighth grader in a small town, I never paid attention to relationships or dating until the day I met Mark.  I met Mark through my best friend Morgan who is good friends with Mark’s cousin.  Morgan gave me Mark’s phone number so I texted him and to my surprise and delight, he responded.  At the time, I was a 14-year-old girl who saw everything in a positive way.  I had a great outlook on life with an optimistic attitude that others easily noticed.  After talking to Mark for awhile, I was completely smitten by him.  I felt as if we would last forever because I was naive and I believed someone could never lie, manipulate, deceive, control, abuse, or hurt someone who was good to them.  Also, I believed in trusting everybody until they gave me a reason not to.  I felt as if Mark was the guy I had envisioned to prove all of my beliefs to be true but, in reality, he proved every one of my beliefs to be false.  The ending of my relationship with Mark was actually the beginning of my new life.

The first six months of my relationship with Mark was kept in secret because he is four years older than me.  I understood the results of what would happen if we announced our relationship, such as people calling me a slut and others calling him a cradle robber.  We did not want to be made fun of and most importantly, neither of us wanted him to be classified as a sexual offender.  The only person I told about my relationship, with Mark, was my best friend, Morgan.  Of course, she kept all of my secrets because she did not want to break girl code and she did not think the situation was bad in any way.  I told Morgan about everything that went on inside of the relationship which included when I realized I loved Mark.  She was happy for me, but she was also concerned because after a year of being with Mark, she knew we were not in a healthy relationship.  Morgan did not want to upset me by telling an adult about my unhealthy relationship with Mark so instead, she would try to convince me to leave him.  At the time, I did not understand the differences between a healthy and unhealthy relationship.  Therefore, I guessed that my problems with Mark were ordinary relationship problems.

By the seventh month into the relationship, we took each other’s virginities.  I was a little upset about losing my virginity because I had vowed to lose my virginity after being in a relationship for at least a year.  Mark told me that losing my virginity was okay because “it was meant to be.”  I did not want to have sex for awhile after the first time, but Mark disagreed with this decision so he would tell me, “it’s okay.  You should do it with me because I’m your boyfriend” or he would say, “I gave up a lot of sexual needs for you during the first six months of our relationship so now it’s time for you to give a little.”  I felt bad because what he said had some truth.  During the first six months, I did not satisfy a lot of Mark’s sexual needs so I thought he was right; I should give Mark what he wanted in return.  He used a lot of other excuses for why I should give him what he wants and every excuse made me feel guilty for not wanting to comply.

Nowadays, I do not take excuses.  If a guy of interest tries to sweet talk me or even mentions his sexual desires for me, then I stop talking to him immediately.  I will not tolerate being manipulated or deceived into anything.  I will admit that sometimes I push genuine guys away because even harmless words trigger me to put my guard up.  After being with Mark, I learned that sometimes, the ones who seem the sweetest and make the sweetest remarks are actually the sneakiest and most harmful.

When I turned sixteen, Mark wanted to help me celebrate.  His view of celebrating my birthday meant having a party and getting me drunk.  I was curious about the alcohol life, but I did not know he was going to put me on the spot, in front of our friends, to take a shot.  Of course, I took the shot.  Then, we all played games and had quite a bit to drink by the end of the night.  I felt sick when we went to bed, but Mark was feeling fine and wanted to mess around.  I told him that messing around was not a good idea because I did not feel good.  He did not seem to care too much.  He told me I was sexy and that he wanted to try having drunk sex with me, so I did as I was told.  He cuddled with me afterwards so I took that as a cute display of caring emotions for my upset stomach.

There was one very similar situation to the time Mark took advantage of me when I was intoxicated that hit home.  Two years ago, on New Year’s Eve, Mark wanted to have a party so I said, “Okay, but I do not want to get drunk because I want to see the ball drop.”  I repeated this to Mark several times throughout the night, stressing the fact that I have always seen the ball drop every year.  Mark did not care, though.  In every drinking game we played, he would give all the drinks to me instead of choosing his friends.  Before I knew how much I had actually consumed, I was drunk more than I have ever been.  My body went limp for the rest of the night and this was the first time I had actually been afraid of Mark because he was giving me a look that did not seem kind nor gentle.  He then did as he pleased with me knowing I was faintly saying no and not capable of movement.  I was upset with him the next morning, but, as always, he gave me an excuse which proclaimed him as the innocent one in the situation.  I did not drink for almost two years after the incident because I was too afraid that others would try to take advantage of me.

As time went on, our emotions for one another grew stronger.  Mark became very protective of me.  Well, Mark liked to say that he was not being controlling, he was being protective.  He hated when I would text another guy even if the texts were sent in a friendly manner and not in a flirtatious manner.  As a result, he would tell me that he was growing insecure of his position in our relationship.  I would ask how to fix the problem and he told me to stop talking to them.  I did not completely lose contact with my male friends but I did stop texting them whenever I was around Mark.  Although, if I spent time with a group of friends that involved a couple of guys he would blow up my phone, call me, yell at me, and tell me about how much of a slut I was being.  I was hurt by Mark’s words so I would leave the group to go reassure Mark that I was only interested in him.  After doing so, he would start to appear happier.

Before I could even blink, Mark started giving guys threatening glares that scared them away from being my friend.  Mark told me that he just gets protective and does not want to see me with anybody else.  He told me that he could not stand watching guys look at me, lust over me, or want me.  This drew me closer to Mark’s side because I wanted to make him feel as if he did not have to give nasty glares for people to know that I am not for the taking.

Mark’s sense of control over me is what ultimately isolated me and made me dependent on him.  Recently, I have been working on becoming independent because the only person I want to count on is myself.  I learned that I cannot expect someone to be here for me in a way that benefits my well-being more than their own.  I do not go to anybody with my problems.  When I am feeling upset or sad, I do not go to someone else to make me feel better.  Whenever something needs done, I do it on my own.  I am no longer dependent on Mark or anybody else.

There are only two reasons why I was able to get away from Mark and start my new life with an optimistic attitude.  One reason was hope.  I never stopped wanting to get better.  In fact, I wanted to be a better person so much that all I could do was keep pushing and hoping for progress.  The second reason was motivation.  I was lucky enough to meet Morgan’s cousin, Samuel, who gave me the motivation to keep pushing and to keep hoping.  If I did not have both, hope and motivation, then I would not be where I am today.  Today, I am alive, outgoing, happy, optimistic, excited for my future, and emotionally stable.  I still have some scars from my relationship with Mark, but they will fade within time.  I have made it this far so I am not stopping now.