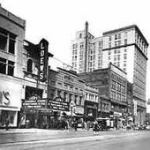 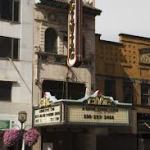 Originally known as the Loew’s Theatre, it was built on the site of the abandoned Hippodrome Arcade which was torn down after being purchased by Marcus Loew the president of Loew’s Inc. Loew hired famed architect John Eberson and soon the two began work. In June 1928 the $2 million theatre began being constructed by Craig-Curtiss Co. of Cleveland. On April 20, 1929 the Loew’s Theatre opened with 10,000 patrons turning out. For the next 20 years until the invention of the television, the Loew’s Theatre was a popular Akron spot. By the 1950’s and 60’s the theatre was losing money and in 1964 it was sold and was traded around until it landed in the hands of the Kelly Operating Co. of Cleveland. It was then known as the Cinema but despite its continued use for film many wanted a civic auditorium. The Cinema was then purchased and renamed the Akron Civic Theatre by the Jaycee committee with the help of Mrs. Ruth Oenslager. In 1966 the Civic had its grand opening. However with the building of Ej Thomas Hall the Civic began to lose business in the 70’s as well as mounting debt. In the late 70’s new leadership came from Patrick Reymann who began to turn things around. During the next 30 years various renovations took place until the biggest in summer 2001 with a $21.5 million restoration and expansion project. To this day the Civic still entertains the people of Akron with many shows and concerts. From its humble beginnings this theatre has become a major Akron landmark.