Menu
First Year Voices is dedicated to publishing exemplary student essays written during the First-Year Composition Program at The University of Akron. We strive to include a broad variety of works that showcase the range of topics and genre students are exposed to in these courses.
Browse: Home   /   2014   /   July   /   30   /   Law & Disorder 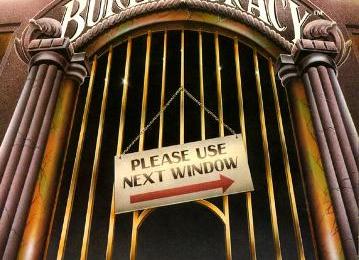 The Social Security Administration is said to be something that helps those who are in need, those who cannot care for or provide completely for themselves, and those who struggle to do things that to healthy people, seem like living everyday life. There are, however, people who spend most of their lives fighting the systems set in place by such organizations, myself included. Last year alone, the SSA paid 40+ million dollars in checks to people that are deceased, with no proof of where that money went or who received it. When you’re making mistakes that are costing our country that kind of money, it’s no wonder they can’t seem to help everyone that’s in need. Their number one goal is supposed to be giving disabled people back their peace of mind, and allow them to live a life without worry of where the next meal will come from.

Many people that are eligible receive help from many different forms and branches that the government has set in place for us. For example, since I am a 22-year-old female, with no children, living with my mother whom is also disabled, attempting to appeal and fight my own disability case, I do not qualify for aid through the state, such as food stamps or health insurance. It has now been over two years since I had insurance, and every one of my disabilities, both mental and physical, have done nothing but progressively get worse, and they continue to do so each day. It’s an incredibly hard life to live, but once you’re stuck, the system will have you spinning in their web forever.

The biggest and most controversial difficulty with disabilities is that there are so many different types, an array ranging from physical things to mental things, to congenital diseases, to things that have yet to be discovered or named yet because there are so few people who have experience the phenomena. Not all disorders are considered when it comes to receiving Social Security, especially ones like cancer, which have become unpleasantly common among people. There is a set list of the disabilities that they feel make you qualified for help, and if you do not meet every single one of their criterion, you stand no chance in getting help. While every few years there are revisions made to this list, it never seems to cover quite enough to expand and show all the disabilities Americans struggle with in everyday life, and I strongly feel as though they could do a better job of being more compassionate towards other human beings.

Being young and coping with debilitating disabilities is unlike anything else I have ever experienced, not just because of the pain and how it makes you wish that life were closer to an end, but also in the fact that people refuse to acknowledge your pain because on the surface you appear to be relatively healthy to the naked eye. But it takes the scientific scopes of machines that are far more capable than us, to see all the things going on inside someone’s body that causes them to feel crippling pain that makes it seem almost impossible to ever live anything close to what is considered a “normal life.” You are forced to conform to what everyone expects of you, and you push your pain as deeply as you can, until you hide it away from the world, and present them with a big smile, because you know that’s exactly what the world wants to see from you. What people who haven’t experienced this don’t realize is the ways that this can make you resent the world or the established order or how things are perceived and run.

Dennis Marvin, a Cleveland-based financial adviser, said that “My clients are very concerned about whether Social Security is going to be there for them—there’s a tremendous lack of confidence in the system. The fact that some of the benefits they could get are being taken away because they are being spent on the deceased just adds fuel to the fire” (Blake Ellis, CNNMoney). There are millions of people paying into Social Security, many of whom find themselves falling on hard times, and in need of assistance, which they cannot seem to attain. Information like this adds to the blatant frustration of people involved in the process and the system. As a nation full of people who have worked hard and sacrificed, we deserve to have the reassurance of knowing that when our health begins to deteriorate, we have a secure back up plan. As people, we need certainty like that in life, or the stresses of life will begin to take hold, and consume us in a manner that is highly detrimental to not only ourselves, but can begin to pose a threat to those around us, through acts of desperation.

Ellis goes on to write, “In its report, the inspector general estimated that the Social Security Administration could save about $152 million in unnecessary costs this year if it does a better job identifying who is actually owed money and who is not. In addition to paying deceased beneficiaries, the inspector general’s review found that the agency overpaid about $313 million to 89,300 beneficiaries and improperly paid about $7.3 million to 11,912 non-beneficiaries.” This shows the true nature of the system of our government, and how unlikely it is to receive the assistance one deserves and requires to maintain their lifestyle. If the SSA spent more time focused on things that they seem to have deemed as unimportant, they would have the funds to help those that are being neglected while money is wasted because they can’t seem to do their jobs efficiently.

“Social Security Administration said its accuracy rate for paying disability benefits exceeds 99%, but it will look into any potential overpayments” (Ellis, CNNMoney). These numbers are growing at an increasingly alarming rate, and it seems almost as though they have lost their concern with making it right, even though they could help those in need with the money lost. “Social Security isn’t just a retirement benefit. Most notably, it offers a disability benefit with no age requirement for those unable to work because of a physical or mental condition that is expected to last at least one year or result in death” (Tim Maurer, CNBC). This quote shows what Social Security benefits are supposed to be about, but we all know or have known someone that has been through the cycle of the system, and unfortunately, more times than not, those who are in need the most are usually the ones that get neglected the longest. Somehow, as a nation, as must express to our government officials how detrimental the outcomes of these cases are to us.

The best advice that can be given to anyone who finds themselves struggling to make ends meet because of health issues that have become debilitating or have made it more difficult to maintain your previous lifestyle, is to not give up on your rights and to stand for them until the very end. Social Security is one of the most difficult things to attain help through, but the help they offered is help that you already payed for, and they are absolutely obligated to keep the process from overlooking those either with the most severe health issues, or those that are struggling the worst. Even though at times it may seem like it works the exact opposite way, that those in need the most are the last to actually receive benefits. We still have to maintain hope that someday, hopefully sooner rather than later, our government will take a step back to evaluate the process and system. They need to spend some serious time and energy focusing on how to improve the status, process, and qualifications of Social Security so that those who have worked for it, get it.

Unfortunately, we have been stuck in an era of not caring for those less fortunate than, and for taking pity on them, but not really doing anything real to help them get back on their feet. We as a people resent each other, when in all honesty, we are all that each other has ever and will ever have to depend on, so if we don’t come together now and begin demanding change, things will continue to progress in the same way they have. We have got to realize that it’s not all about us, and that we are incredibly selfish beings, so that we can step outside ourselves and see the true problems at hand. My entire life has been spent struggling with disabilities, ranging from things such as Multiple Sclerosis, to major depression and post-traumatic stress disorder, but I have always prided myself on focusing more on others. We should all take a lesson here in life and learn that helping others helps us more than we know. We must stand together in order to make a difference.